in Economy News
Reading Time: 4 mins read
A A 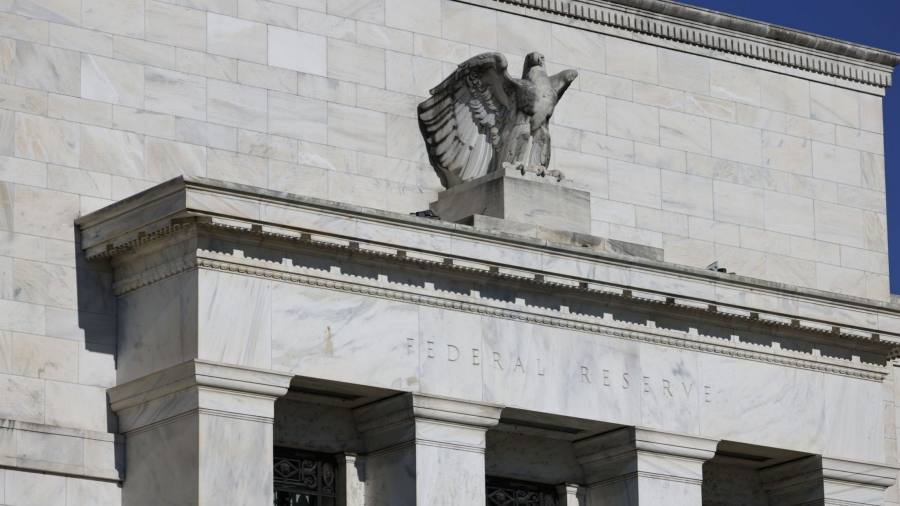 US stocks and Treasuries slipped on Thursday, while the dollar strengthened, after a stronger than expected jobs report underlined the labour market’s resilience in the face of the Federal Reserve’s aggressive campaign to tackle high inflation.

The declines came after US private sector employment rose by 235,000 in December, ahead of estimates, according to payroll processor ADP. Economists polled by Reuters had expected a gain of 150,000, suggesting the US labour market remains tight even as the economy shows signs of slowing. Initial unemployment claims for the last week of December, meanwhile, fell to 204,000 from a revised 223,000 the previous week.

ADP’s figures support the view — expressed in the minutes from the Federal Open Market Committee’s December meeting, which were released on Wednesday — that labour market conditions in the world’s biggest economy are exacerbating upward pressure on wages and prices.

“Despite the tightening implemented to date, the [FOMC] still sees the labour market as tight and inconsistent with price stability,” said Michael Gapen, US economist at Bank of America.

A measure of the dollar’s strength against a basket of six peers rose 0.8 per cent on the day, though the world’s de facto reserve currency has weakened just over 7 per cent in the past three months.

December’s FOMC minutes also revealed that none of the central bank’s officials anticipated cutting interest rates this year, dealing a blow to traders unconvinced that the Fed would hold interest rates at around 5 per cent to drag inflation back down to target.

James Bullard, president of the St Louis Fed branch, said on Thursday that the central bank’s policy rate is not yet restrictive, but he expects it will reach a “restrictive zone” in 2023.

Officials at the December meeting observed that “a restrictive policy stance would need to be maintained” until economic data “provided confidence that inflation was on a sustained downward path to 2 per cent, which was likely to take some time”.

Lee Hardman, senior currency analyst at MUFG bank, said the comments, which were later reinforced by senior IMF official Gita Gopinath, “set a high hurdle for the Fed to pause [or] bring an end to their hiking cycle in the near term”, though he noted that markets remained “sceptical that the Fed will have to raise rates above 5 per cent as planned”.

Henry Hub, the main US gas price benchmark, dropped below $3.70 per million British thermal units in midday trading down more than 12 per cent on the day, extending a days-long slide in the market to open the new year.

Prices are down 45 per cent from recent highs in mid-December, easing fears that Americans would see soaring winter heating and electricity costs.

In Asia, Hong Kong’s Hang Seng index added 1.2 per cent, taking its gains since the start of November to about 43 per cent. “Given past divergence [with US indices] and positioning, there’s probably room for more gains,” said Mitul Kotecha, head of emerging markets strategy at TD Securities, “but with global equity markets stuttering amid earnings and growth worries, it is questionable how far the Hang Seng can deviate from the global trend”.

China’s CSI 300 index of Shanghai- and Shenzhen-listed stocks added 1.9 per cent, having risen 13 per cent since the start of November, even as the country battles unprecedented outbreaks of Covid-19.