FirstFT: Getting tough on China

in Economy News
Reading Time: 7 mins read
A A 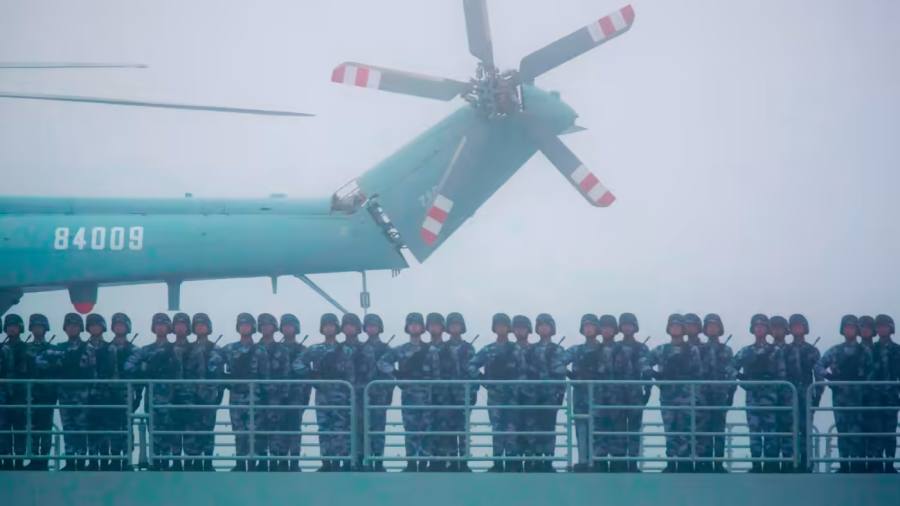 The US is pushing European allies to take a harder stance towards Beijing as it tries to leverage its leadership on Ukraine to gain more support from Nato countries for its efforts to counter China in the Indo-Pacific.

According to people briefed on conversations between the US and its Nato allies, Washington has in recent weeks lobbied members of the transatlantic alliance to toughen up their language on China and to start working on concrete action to restrain Beijing.

Foreign ministers from the alliance meet in the Romanian capital of Bucharest today at the start of a two-day meeting, and co-ordinating Nato members’ approaches to China is high on the list of topics to be discussed.

The ministers will be presented with a new report on China, designed to harden the stance of the alliance, which in June identified Beijing as a “challenge” to its “interests, security and values” for the first time.

Signs of a hardening of attitudes to Beijing among Nato countries was on show last night in London when Prime Minister Rishi Sunak warned that the “golden era” of UK relations with China was over.

French president Emmanuel Macron travels to Washington later this week for talks with President Joe Biden, and how the EU and US better co-ordinate policies towards China will be discussed.

Last month, the Biden administration released its national security strategy, which made clear that China was its top security priority over Russia, despite the latter’s “immediate and ongoing” threat.

1. China on edge as Shanghai shuts businesses and quarantines close contacts Shanghai has imposed a new round of business closures and quarantines as China reels from unprecedented protests against Xi Jinping’s zero-Covid policy and censorship. Online censors have also been working overtime, scrubbing out images and videos of the weekend’s protests.

3. Europe’s imports of Russian seaborne gas hit record high European imports of liquefied natural gas from Russia rose more than 40 per cent between January and October this year, compared with the same period in 2021, highlighting the continent’s difficulty in weaning itself off supply from Moscow.

4. Leon Black accused of raping woman at Epstein’s home A woman who says she was raped by Leon Black at the New York home of convicted sex offender Jeffrey Epstein has sued the Apollo co-founder in a Manhattan court. A lawyer for Black said the latest allegations against him “are categorically false”.

5. Elon Musk lashes out at Apple over Twitter Elon Musk has claimed that Apple is curbing advertising on Twitter and threatening to “withhold” the social media platform from its App Store. In more than a dozen tweets focused on the iPhone maker, Musk asked yesterday: “Do they [Apple] hate free speech in America?”

Economic data The Case-Shiller index is expected to confirm that monthly home prices fell for the third consecutive month across the US while the Conference Board is forecast to report that consumer confidence edged down in November. The Canadian economy is forecast to have grown 0.1 per cent in the third quarter while Mexico’s jobless rate is expected to have edged down to 3.2 per cent from 3.3 per cent in October, data released today will show.

FT Global Banking summit Santander chair Ana Botin, HSBC chief executive Noel Quinn and economic secretary to the UK Treasury Andrew Griffith will all be appearing at the conference which starts today and runs to Thursday. Register to attend or watch the event here.

Fifa World Cup It is the final matches in Group A and B today. Senegal take on Ecuador and the Netherlands play Qatar in Group A while in Group B the US faces a crunch match against Iran and England play local rivals Wales.

What else we’re reading

The consensus forecast on recession risks complacency Predictions of a “short and shallow” recession next year in the US risk repeating last year’s mistaken view that inflation would be “transitory”, writes Mohamed El-Erian. Companies, governments, households and equity investors should plan for a range of possible outcomes, he says, even though it takes time and a lot of the work will eventually prove redundant.

Xi’s pandemic triumphalism returns to haunt him Xi Jinping’s campaign to portray China’s handling of the pandemic as a personal and systemic triumph is collapsing, writes Gideon Rachman. The supposedly successful handling of Covid-19 is part of the personality cult built by the Chinese leader. But the patience of the Chinese people is running out, he writes.

The EV boom in a quiet Hungarian town In only a few years, Debrecen in the east of Hungary, has become an unexpected hub of Europe’s new electric vehicle industry. By 2030, battery production alone in this town of 200,000 people will rival every European country other than Germany. But critics fear that it is becoming too dependent on China.

Can Europe keep the lights on? Ever since Russia’s invasion of Ukraine, European governments have been worrying about how they will provide heat and power to their citizens this winter. Our latest interactive looks at how countries can avoid blackouts in the months to come.

Is it ethical to make — and play — war games? For years, the UK gaming industry has complained that its economic, cultural and commercial heft has not brought with it greater respect. But things are changing, and now customers should be prepared to put up with greater moral scrutiny. Stephen Bush asks, is it ethical to spend one’s time pretending to shoot people?

The FT recently improved its crosswords online. Try your hand at the Cryptic, Polymath or Weekend puzzles.

PS Our colleague in Hong Kong, Jennifer Creery, is moving on to a new opportunity and will no longer be writing FirstFT. We wish her all the best!

End of 2023 is the cornerstone of the USD weakness – Commerzbank

End of 2023 is the cornerstone of the USD weakness – Commerzbank