in Economy News
Reading Time: 8 mins read
A A 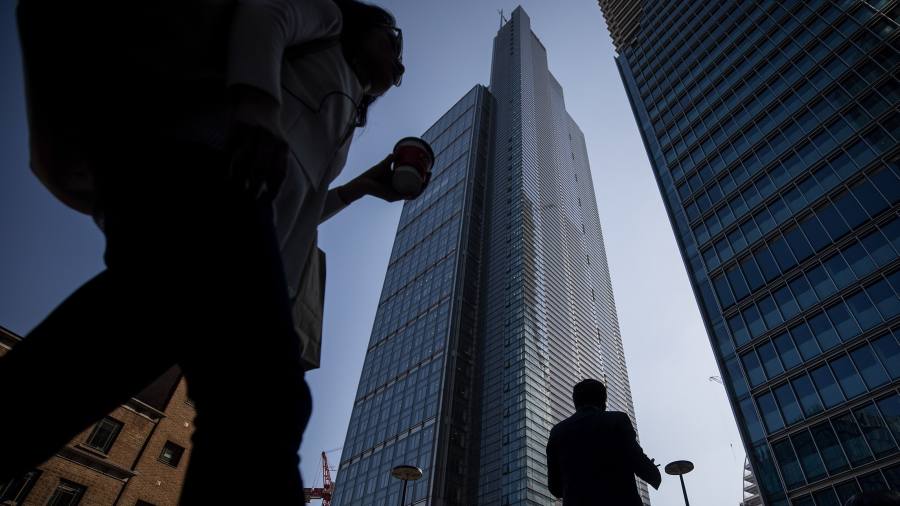 Big Tech groups are ditching offices that are part of their European headquarters as a cooling economy brings the sector’s years of rapid expansion to a halt.

Google’s parent Alphabet, Facebook parent Meta and enterprise software giant Salesforce are among the US technology groups seeking to abandon leased office space in London and Dublin, according to people familiar with the plans.

The moves come as the companies respond to the downturn in tech stocks with cost cuts, including by shedding jobs. They represent a new setback for landlords already facing their biggest challenge since the 2008 financial crisis.

Office values are tumbling on both sides of the Atlantic because of rising interest rates, an increasingly bleak economic outlook and increased homeworking.

Meanwhile, demands from staff to work remotely during the coronavirus pandemic have turned some tech companies into accidental landlords that are now jostling to sublet surplus space in a challenged property market.

“Walk round any of those [Big Tech] offices and there is a huge amount of space given over to non-fee-generating functions which look very generous,” said Chris Lewis, who advises office occupiers at property company DeVono Cresa. “The amount of space taken was taken by a really ambitious view of headcount.”

Thank you for reading FirstFT Europe/Africa. Here is the rest of the day’s news — Gary

1. Zelenskyy caps US trip with plea to Congress Ukraine’s president Volodymyr Zelenskyy struck a defiant tone at the White House and Congress yesterday, questioning whether Kyiv could ever reach a “just peace” with Moscow and pressing Washington to send additional weapons to sustain his war effort through the winter.

For the latest updates on the war’s progress, go to our visual guide.

2. Bankman-Fried associates plead guilty to US charges Caroline Ellison, the former chief executive of Alameda Research, and Gary Wang, a co-founder of FTX, have agreed to co-operate with US prosecutors and agencies investigating the collapse of the cryptocurrency exchange.

3. Royal Mail staff warned company in ‘fight for its life’ Management has told staff that neither the government nor regulator will ride to the Royal Mail’s rescue in a last-ditch attempt to convince postal workers to end their strike over the Christmas period. The CWU union has stepped up industrial action this month with members set to stage another 48-hour walkout tomorrow.

4. Cathie Wood’s Ark sheds almost $50bn in assets since 2021 peak Wood’s flagship Ark Disruptive Innovation ETF has lost around two-thirds of its value this year and is on track for its worst annual performance, highlighting the scale of this year’s losses in speculative tech stocks.

5. Donald Trump’s tax records show $53mn in net losses The former US president paid $1.8mn in federal income tax between 2015 and 2020, as he declared $53mn in net losses over the six-year period, according to a summary of his tax returns released by a Democratic-led US House committee.

Economic data The UK releases third-quarter gross domestic product figures, which will provide further evidence of the impact of the cost of living crisis and high inflation. Initial estimates show GDP fell 0.2 per cent, a better outcome than the 0.5 per cent contraction economists had predicted.

Join FT Live at Davos for a number of in-person and digital events alongside the World Economic Forum Annual Meeting from January 16 to 20. The sessions will gather leaders in policy, business and finance to share insights into the big issues being debated and the solutions that may pave the way to renewed growth, stability and resilience. View the events and register for free here.

What else we’re reading

How England and Wales lost their religion Christianity’s grip on the national psyche has been loosening for more than a century, but November’s census has revealed a startling acceleration in this decline, raising profound questions about the evolving nature of society.

Carlyle: the buyout pioneer in need of a CEO Carlyle has been without a permanent chief executive since the abrupt exit of Kewsong Lee in August following a power struggle with the firm’s three co-founders. Fears that the trio are unwilling to relinquish control are diminishing the appeal for what should be one of the most coveted jobs on Wall Street.

UK businesses struggle to trade with EU after Brexit deal Two years after the EU-UK Trade and Cooperation Agreement came into effect, the British Chambers of Commerce says many small and medium-sized companies now face “structural” rather than temporary problems with the deal. “It is disappointing that almost two years after the TCA was first agreed that nothing has been done to find solutions,” says Shevaun Haviland, director-general of the BCC.

‘UK business needs to brace for much higher taxes’ The government’s inability to wring more out of state budgets is becoming abundantly clear, writes Chris Cook. Business leaders need to start talking about the fact that big tax rises, beyond the ones already in the pipeline, are quite likely.

Why did one of Russia’s most esteemed musicians leave? Mikhail Voskresensky, former head of the piano section at the Moscow Conservatory, left Russia after Putin’s invasion of Ukraine. His saga underscores the widening splits in Russia’s intelligentsia and the possible reshaping of its cultural and intellectual life for years to come.

The Financial Times called Pachinko, which explores the enduring scars of Japanese occupation on a Korean family, a “superlative drama”. It is among our list of the best TV shows of 2022.