in Economy News
Reading Time: 2 mins read
A A 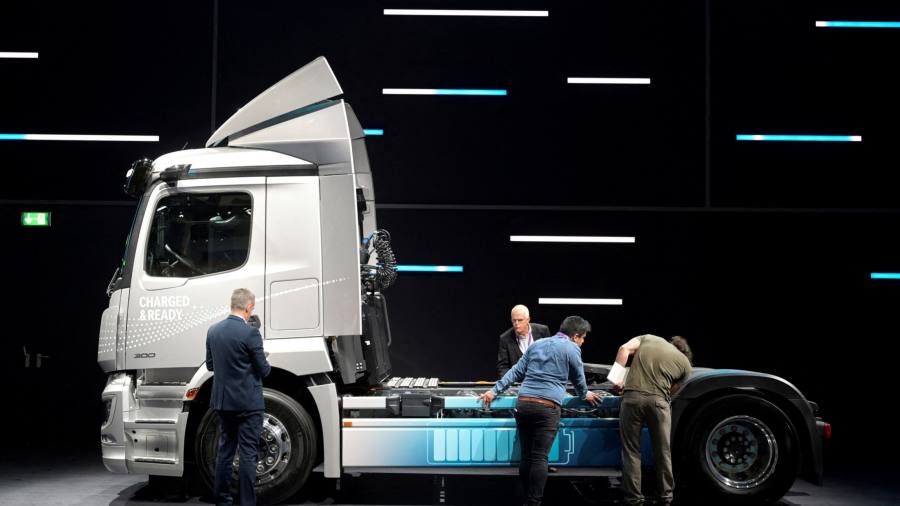 Daimler Truck has warned that the supply chain is “somehow broken”, despite an easing in the global chip shortage that has plagued the car industry since the onset of the pandemic.

The German group, the world’s largest truckmaker, issued the warning as it bumped up its full-year outlook, bucking inflation and the disruptions from the war in Ukraine.

“It’s all over the place — tyres, electric parts, engines and in some cases just nuts and bolts,” said Jochen Goetz, Daimler Truck chief financial officer, referring to the problem of getting car components.

“[During the pandemic] a lot of investments were postponed for good reasons on the supplier side. Now we’ve seen a sharp increase in demand and some of the midsized suppliers are simply not capable of ramping up fast enough,” he added. “The supply chain is somehow broken.”

Daimler Truck on Friday posted €13.5bn in group sales for its third quarter, up 27 per cent year on year. Adjusted earnings before interest and tax jumped 159 per cent to €1.3bn, with the company pointing to larger sales volumes and success in passing on cost increases to customers.

The company, which was last year spun out of Mercedes-Benz, said it had so far this year sold nearly 41,000 more trucks and coaches than it did in the first nine months of last year.

It now expected full-year group revenues to be between €50bn and €52bn, up from a previous estimate of €48bn-€50bn.

The spin-off and flotation of Daimler’s truck unit last year followed Volkswagen’s decision in 2019 to spin off its lorry business, Traton.

Goetz said the shortage of chips was partially being addressed by “technical changes” that enabled the truckmaker to use different types of semiconductors, while some chipmakers had successfully ramped up production.

“But just to be clear, there are still some chips that are constrained and most likely will be constrained for the whole of 2023,” he added.

Daimler Trucks sold 134,972 trucks and buses in the third quarter, up from the 106, 304 vehicles it sold in the same period last year. Yet, supply chain constraints remained an issue.

“Bottlenecks in the supply chains continued to have a negative effect on truck production, meaning that demand could not always be fully met,” the company said.