Controversial anchor Tiffany Cross is out at MSNBC

in Business News
Reading Time: 3 mins read
A A 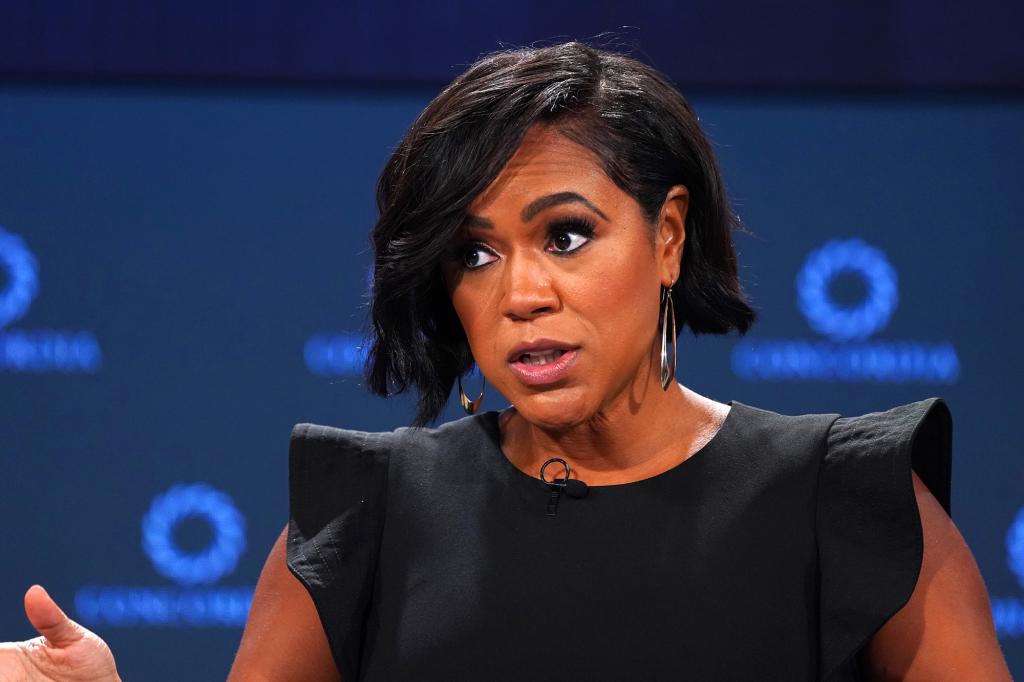 Tiffany Cross, the MSNBC weekend host known for controversial comments on race and politics in America, is exiting the cable news outlet following a series of on-air outbursts that pushed the network’s execs over the edge, sources told The Post.

While Cross’ bumpy tenure at MSNBC appears to have come to an abrupt end, insiders said it followed multiple incidents in which she repeatedly dropped inflammatory comments on the air — despite multiple warnings from execs at the network, according to a source close to the network.

The final straw may have been Cross’ appearance on Thursday’s episode of Comedy Central’s “Hell of a Week with Charlemagne”, according to a source close to the network. The show’s host Charlemagne Tha God asked his roundtable of guests which state the Democrats could afford to lose in the midterm elections.

“Florida literally looks like the d–k of the country so let’s get rid of Florida,” Cross responded. “Let’s castrate Florida.”

Cross, who is exiting MSNBC after two years, did not get a contract renewal from the NBCUniversal-owned network, the source said. Cross’ show, which aired from 10 a.m to noon on Saturdays, has been canceled as a result, according to the source. The new show will include a group of rotating anchors.

According to Variety, which first broke the news of Cross’ exit, there has been speculation that the anchor’s relationship with MSNBC “was becoming frayed.” An insider confirmed that Cross’ behavior “did not meet the standards” of the network.

Some of Cross’ other controversial remarks included calling out new “The View’s” new co-host, former Trump White House communications director Alyssa Farah Griffin, as a “tawdry turncoat Trump loyalist.” When speaking about the alleged Trump election interference, she called for progressives to “pick up a weapon and get involved” in the “war” for the survival of the country.

Cross also characterized injuries in the NFL as a race issue, saying: “To see all these black men crashing into each other with a bunch of white owners, white coaches, and the complete disregard for black bodies and black life.”

The outspoken anchor also said white people should “sit out” giving their opinions on the controversy surrounding around Will Smith slapping stand-up comic Chris Rock during the Academy Awards.

Variety reported that “the network is parting ways with an anchor who has proven popular with audiences it has sought to attract: Black viewers overall and Black female viewers in particular.”